Beginning in 1965 when they came on the scene, this hilarious comedy ensemble have been amassing a following, almost cult-like in nature, like none other before. From their five successful movies to their popular seasons on British TV and now, with a phenomenal comedic musical on Broadway – it’s no wonder Mansion Casino has chosen to add the new slot game Monty Python’s Spamalot to their repertoire – why wouldn’t they?! 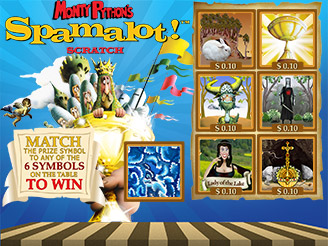 Aside from the typical ways to win when playing online slots, Monty Python’s Spamalot offers an incredible four bonus rounds; more than almost any other casino game online!

When it comes to having fun, Monty Python’s Spamalot at our online casino is where it’s at.